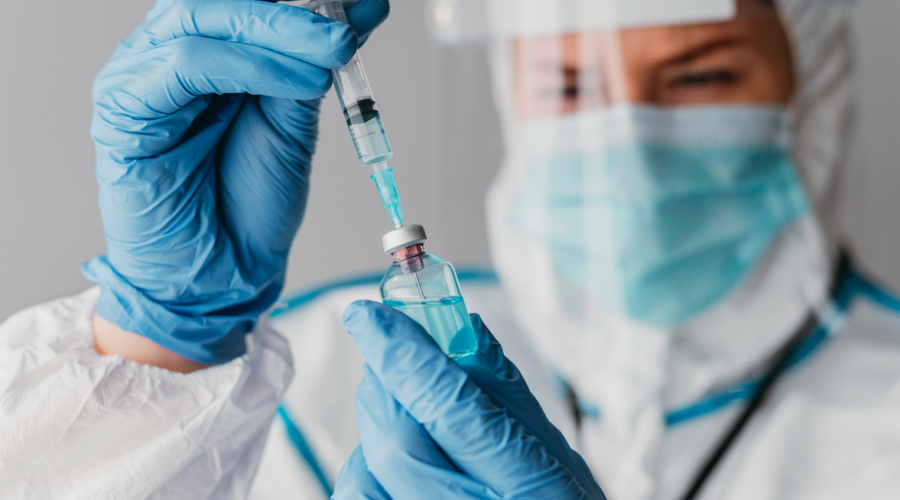 An international research team including scientists at Michigan State University and Massachusetts General Hospital has developed a new type of cholera vaccine, consisting of polysaccharides displayed on virus-like particles. Tested in mice, the new vaccine was found to generate long-lasting antibody responses against the causative bacterium, Vibrio cholera.

Cholera is an acute, secretory diarrheal disease caused by V. cholerae, a highly transmissible, highly motile Gram-negative bacterium, the authors wrote. There are 2–3 million cases of cholera each year, resulting in tens of thousands of deaths annually. And although there are more than 200 serogroups of V. cholerae based on the O-antigen of surface lipopolysaccharide (LPS) structures, only serogroups O1 and O139 are capable of causing epidemic cholera.

Global cholera control strategies have been “transformative,” the team continued, but existing oral vaccines have the lowest level and duration of protection in young children, who bear “ … a large share of global cholera burden,” especially in cholera-endemic countries. “As such, there is a need to develop new cholera vaccines that can provide high-level and long-term immunity.”

Existing cholera vaccines contain killed or weakened V. cholerae bacteria and are administered orally. “Current cholera vaccines include oral killed whole cell vaccine with or without cholera toxin B subunit (CtxB), and attenuated oral cholera vaccine,” the investigators continued. These vaccines trigger the immune system to produce antibodies against the O-specific polysaccharide (OSP) on the surface of V. cholerae, but this polysaccharide in isolation does not generate a strong, long-lasting immune response. “… as O-antigens are T cell-independent B cells antigens, direct administration of the O-antigens often only leads to low titers of low-affinity IgM antibodies with limited duration of antibody responses and a lack of induction of immunological memory, rendering O-antigen-based vaccination suboptimal,” the investigators noted.

Rashidijahanabad and colleagues wondered if attaching OSP to virus-like particles (VSP) could induce stronger, longer-lasting immunity. The team had previously demonstrated that self-assembled virus-like particles, such as the bacteriophage Qβ—a virus-like particle that infects bacteria—could be used to conjugate with carbohydrate antigens as potential vaccines. “The resulting glycoconjugates were able to induce strong glycan specific IgG antibody responses,” they wrote. But to date, only low molecular weight glycans had been tested in Qβ based anticarbohydrate vaccine studies. “It is not known whether bacterial polysaccharide antigens could be conjugated with Qβ and whether such conjugates could induce strong IgG antibody responses to polysaccharides,” the team acknowledged.

For their new vaccine construct the researchers developed a method to efficiently link multiple copies of OSP to Qβ. They first demonstrated that the modified virus-like particles were recognized by antibodies in blood taken from recovering cholera patients, but not from patients with typhoid, another bacterial disease.

When the scientists then immunized mice using Qβ-OSP, they found that three doses caused a strong antibody response that persisted at least 265 days after the first dose. The immunized mice had antibodies that recognized the OSP from the natural lipopolysaccharide of V. cholerae. When the researchers mixed serum antibodies from the mice with other immune system proteins that kill bacteria and with live V. cholerae, antibodies from two of the five mice triggered more bacterial death than those from mice immunized with Qβ alone. The researchers said the virus-like particle could mimic natural bacteria by presenting multiple copies of OSP on its surface. “High levels of antipolysaccharide IgG antibodies were induced by the conjugate in mice, and the antibodies were effective in killing the bacteria,” they wrote.

Encouragingly, anti-OSP IgG antibody levels were hugely increased in mice that were then given a booster vaccination 265 days after their initial vaccination. “These results suggest that Qβ-OSP vaccination induced memory B cell responses and the anti-OSP humoral immunity could be boosted,” the scientists noted.

“This was the first time that Qβ was conjugated with a bacterial polysaccharide for vaccine development, broadening the scope of this powerful carrier,” they commented, suggesting that the VLP-based display of bacterial OSP may warrant additional evaluation as a next-generation anticholera vaccine. “Bacteriophage Qβ VLP is a promising platform for organized display to induce antibody responses against a target antigen.”