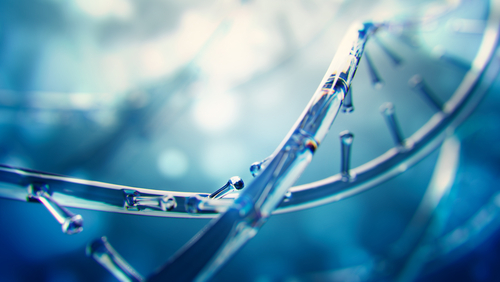 The push to bring gene therapy to Duchenne is entering its final stages, with a trio of companies developing prospective treatments that are either in Phase 3 testing or could be in the near future.

Each of these treatments has shown an ability to help patients produce a shortened form of the muscle-protecting protein, dystrophin, that they lack. But they still haven’t proven whether doing so can change Duchenne’s course, and each developer has suffered setbacks.

A treatment from Sarepta, for instance, produced disappointing results in the field’s first placebo-controlled trial. Another from Solid Biosciences has been slowed by multiple safety setbacks. And now Pfizer, which has seen kidney and immune-related side effects crop up in testing before, faces new concerns.

Pfizer was the first of the group to start a late-stage trial with a gene therapy product that’s been made with commercial-scale manufacturing lines, a key advantage over its rivals. The company also recently indicated that roughly a third of the planned 99 patients are enrolled, though all of them were treated at sites in Europe or Asia because the Food and Drug Administration hasn’t yet cleared Pfizer to start treating patients in the U.S.

Sarepta, by comparison, could start a Phase 3 trial of commercial-grade gene therapy before the end of the year. Solid is further behind.

But while Pfizer has jumped ahead of the pack, it has now unearthed a problem the others haven’t — a treatment-related side effect that could keep a group of Duchenne patients beyond the reach of its gene therapy.

The side effect reported, muscle weakness, is a hallmark characteristic of Duchenne. So are instances of heart inflammation and progressive cardiovascular problems. Ideally, Duchenne gene therapies are supposed to slow or potentially stop the disease’s march and the steady muscle degeneration that ensues. The main goal of Pfizer’s trial, for example, is for treatment to improve motor function compared to a placebo after a year. That makes Pfizer’s finding “a moment for pause,” wrote Evercore ISI analyst Umer Raffat.

External data reviewers have concluded Pfizer’s gene therapy caused the side effects, and that people with certain genetic traits — a group covering about 15% of Duchenne patients — are at a higher risk.

The company has asked regulators to clear changes to its study design and exclude those patients. Those requests are under review, according to a letter Pfizer’s Duchenne gene therapy team wrote to the advocacy group Parent Project Muscular Dystrophy.

“We know this change will be very difficult news for the community,” the Pfizer team wrote. “However, once the new safety findings and risk information were known, it was necessary to take this step to protect the safety of study participants.”

A Pfizer spokesperson, in an email, said the company has “nothing further to add at this time.”